How To Sync Patient Cancellations From Cliniko To Keap (Infusionsoft) 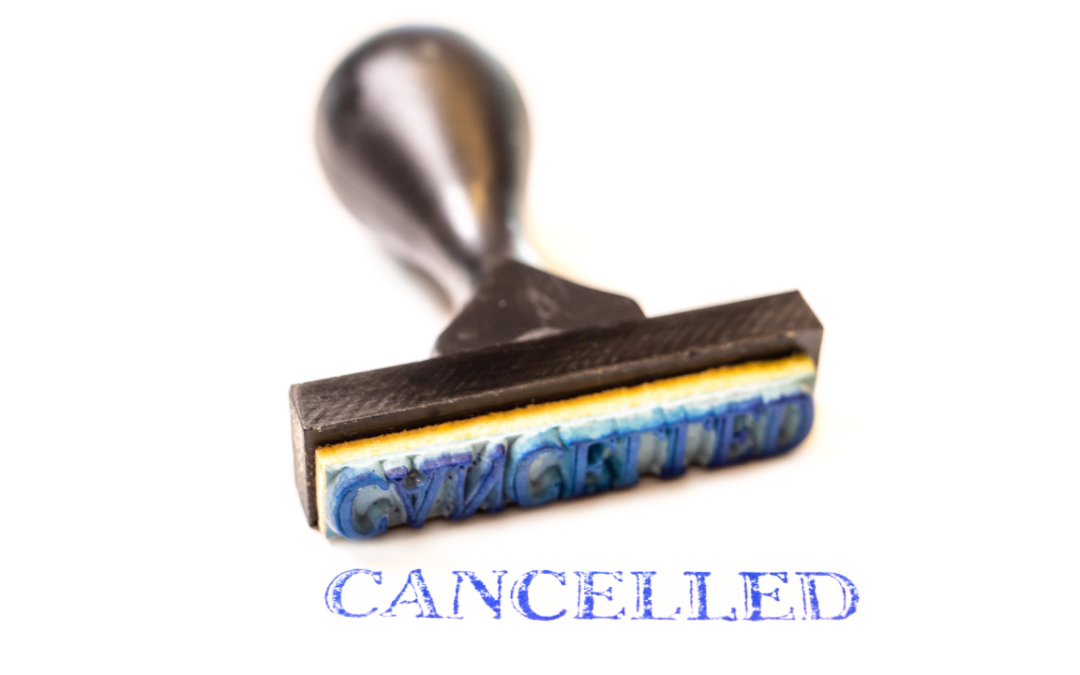 If your practice uses use Cliniko and Keap (previously Infusionsoft) a useful process to set up is to sync your patient cancellations to your Keap/Infusionsoft account so you can follow-up with them appropriately, and mostly automatically.

This is super-simple to do using ClinicKonnect.

Here’s a quick video showing you how easy this is to set up:

Now, this is a quick and simple video for this one.

Just like the “Patient did not arrive” in “patient arrived” tags, if a patient has can their appointment, we can start a campaign.

Now we’re going to have a look into a campaign at some structure at the moment and have a little look inside here of what we might do. I’m  going to do it in the same campaign board we’ve used before. 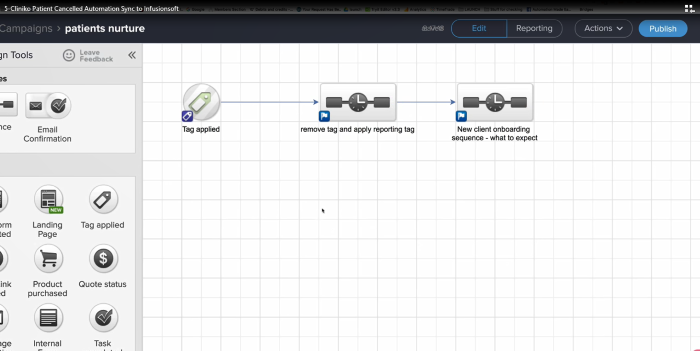 If patient cancels, and then a patient rebooks, what we do in between is entirely up to us. But basically we have a goal here to start when they cancel and a goal here to finish when they book.

And so in between here, we can do whatever we need to do to make that patient rebook. That might be so something along the lines of a “Rebook Sequence”.

So first, of course, we’ll remove the tag and apply the new tag.

To do that, in here first we’ll remove the “Canceled” tag – that’s the “Clinical canceled appointment” tag.

And then we you can put a reporting tag in there so you can monitor how many people might cancel.

Then we go into the rebook sequence in here. We’ll absolutely have an email straightaway – “Canceled and rebook”.

And of course put the link in – the Cliniko booking link – so that someone can directly book online, and then end this campaign as well.

Okay…. and that will go through there.

Now, if someone gets that whole booking sequence, once all the emails are in and the task is in and we do the call to follow up and the patient books, then they’ll automatically be moved out of this campaign.

But one extra thing we want to think about in here is if the patient doesn’t need to rebook, we might have a conversation with the patient rather than following up with them, or they might reply to one of our emails and say they don’t need to, at this time, and they’ll book again later.

If that’s the case, we might want to manually apply a note in here, as well as the end goal to say something along the lines of “Patient doesn’t need an appointment right now, booking later” or something like that. And have a note template for that, so that we can have another exit point there. This way we’re not annoying our customers, especially if they reply to us and tell us what’s going on.

Are You Doing This Yet?

So, do yourself a favour and set up this automation to sync Cliniko patient cancellations to Keap (previously Infusionsoft) this week, if you haven’t already done so. This will make such a big difference for your patients, as well as for you and your team.

Interested in knowing more about how ClinicKonnect can easily sync this and so much more to your Keap (previously Infusionsoft) account? Book a free consultation with us via the button below now: